A construction worker was killed while working at the new football stadium on Baylor University’s campus. Now, the family has filed a wrongful death lawsuit against the university and the construction and equipment companies after this shocking Harris County industrial accident. 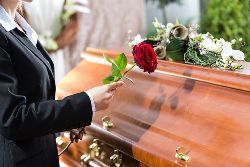 Jose Dario Suarez, 55, drowned when a hydraulic lift he and one other worker were strapped to slipped and rolled down a barge into the Brazos River. The accident happened as both men were working on a pedestrian bridge over the river behind Baylor Law School. Unlike his coworker, Suarez was unable to untie himself from the barge after it went into the river. Divers located his body four hours after the accident.

Suarez’s wife, two daughters, son, and mother are all seeking damages after the catastrophic accident.

Austin Commercial, Austin Bridge and Road, and Derr and Isbell were the construction companies in charge of the walking bridge over the Brazos River between the campus and the new stadium.

The Occupational Safety and Health Administration (OSHA) is also investigating the fatal Harris County accident. The report has not been released.

Among the items they’re investigating is why the equipment sunk to the bottom of the river, drowning Suarez. Flexifloat is the company responsible for manufacturing the barge Suarez and his coworker were on at the time of the accident.

According to the lawyers representing the Suarez family, the only way they would get access to the evidence was to file a lawsuit. The lawsuit alleges that faulty design of the barge may have been to blame for the accident.

We send our heartfelt condolences to the entire Suarez family for their loss.