A Texas woman has filed a lawsuit against the grocery store chain, after a serious slip and fall accident left her severely injured. 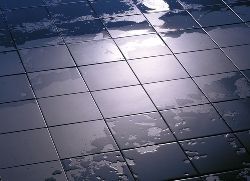 According to the official claim, Yassein was shopping in the HEB grocery store on Gulf Freeway in League City. As she walked into the store, she slipped on an accumulation of water in the store’s front entrance. The fall was severe enough to cause her to fracture her femur.

The fracture was a serious enough injury, but the complications Yassein faced as a result of this broken bone made the situation much worse. The fall was so severe that she was required to have surgery to repair the damage to her bone. After surgery, Yassein contracted an infection. This infection prolonged her recovery, making it difficult for her to work, or perform her daily activities.

The popular Texas grocery chain has not publicly responded to the claim. It is accused of failing to provide safe premises for Yassein and their other shoppers.

As premises liability attorneys in Texas, we’ve seen many instances similar to Ms. Yassein’s where store managers fail to properly maintain their stores. When puddles are not cleaned up in a timely manner and no signs are placed to alert shoppers to the hazard, people can easily slip and hurt themselves. As a result customers are not only injured, but they are also forced to retain a lawyer to fight back against big stores in order to receive compensation for their medical bills and lost wages.

We send our best wishes to Ms. Yassein as she battles the grocery store giant in her lawsuit.